Architect of your focus: better concentration by setting up your environment!

Our brain is sensitive to distraction. All stimuli that are a potential threat or a possible quick reward - for example, checking your messages - immediately attract your attention.

If you are working on a task that takes more effort or requires more depth, you are unconsciously even more sensitive to this. Many people therefore struggle with focus and have a desire to be able to concentrate better.

Is extreme self-discipline the key to focus?

Many people say: 'I just need more self-discipline'. Then they make an attempt to change their behavior with well-intentioned resolutions:

'I'm not going to check social media during my workday'

'I'm going to start every day with 1.5 hours of deep concentration'

If after a few days they have to conclude that they did not succeed in putting the good intentions into practice, the conclusion is that they lack self-discipline. Or the finer alternative for your ego: 'apparently I don't want it badly enough'. In both cases you give in to a life with less depth than you really desire.

The choice is yours. However, know this: you don't have to be an extremely disciplined person to develop better focus. It's more important that you approach improving your focus in a convenient way:

In this blog, you'll find tips for creating an environment that makes it easier to focus.

Coming up are blogs on developing habits that contribute to better focus and on increasing energy to focus. Want to make sure you don't miss these blogs? Then sign up for our monthly blog at the bottom of this article.

So much for advertising, on to the influence of the environment!

Are you making it hard or easy for yourself to focus?

Imagine the following candidate to a weight loss program:

Ronny wants to lose 33 pounds, but he loves chocolate immensely. At the start of the program, he says he lacks the self-discipline to eat less chocolate. The coach asks him what his daily life is like and what role chocolate plays in it.

In fact, he never goes anywhere without a bar of chocolate within his reach. At night he has a bar of chocolate on his bedside table, during work the bar is next to his keyboard and when watching TV it is next to him on the couch. When he moves, he often puts the bar in his pocket. When exercising, he leaves the bar in his bag, but at every break he checks to make sure it hasn't melted.

Do you think Ron needs to work on his self-discipline? Or would he be better off choosing a different strategy?

Chances are you don't eat as much chocolate as Ronny. But what if you replace the chocolate with your phone? And substitute the goal of losing weight for the goal of getting more focus in your life?

All day long, our biggest distractions are at our fingertips. If you have your notifications on, you are bombarded with temptations all day long. Temptations designed by experts with the goal of getting your time as long as possible, because then more money is made.

I can resist everything, except temptation.

Many people make it terribly difficult for themselves to be fully focused.

Good luck with focusing when you have your Outlook open, your phone lighting up in front of you and you are trying to complete three tasks at once! So does it really affect you that much when a message comes in? Yes...

After noticing the beep or the envelope of an incoming email, you need a minute and a half to restore your original level of concentration.

The influence of the environment on choices and behavior

Behavioral change is difficult. Especially when something temporarily makes you feel good (eating chocolate, drinking alcohol, checking social media, etc.) It is hard to adjust your behavior. If you want to make it easier on yourself, make sure you set up your environment more conveniently.

In his book Irresistible (2017), Adam Alter describes a study of a group of male heroin addicts. They had become addicted in a short period of time, with no previous experiences with heroin.

Quitting heroin - without relapse - is extremely difficult. Estimates range from 5% to 25% for the percentage who succeed in complete withdrawal. However, of the group of addicts in this study, 90% managed to kick the habit, without relapse.

This was not the result of an experimental new intervention, but the result of a switch in environment. The participants in the study were American soldiers, who had become addicted to Vietnamese heroin during the long waiting days in the Vietnam War.

Once back in the US, they no longer had easy access to the drug. In addition, the environmental stimuli that were linked to use of the drug were gone. Together with the treatment, this resulted in an extremely high withdrawal rate.

So the environment can have a huge influence on our choices and behavior. Fortunately, JK Rowling knew about this influence, otherwise there would be quite a few Harry Potter fans waiting in suspense....

JK Rowling struggled to focus when writing the final volume of the Harry Potter series. She was constantly distracted by the pressure to perform and her children playing in the house.

She decided to rent a hotel room in a luxury hotel, with the idea of doing this for one day. However, the writing went so well, that she decided to spend her writing days in the hotel until the end of the book.

Two factors probably played a role in her improved focus:

Even without a big investment, there are good steps you can take to adjust your environment to make focusing easier.

Three tips for you as a focus architect

Use the tips below to create an environment that makes it easier for you to read a piece, write an article or have a good conversation with a colleague or your partner with full focus.

#1 Put your phone in another room

The temptation of your phone is great: after all, your little digital friend has instantly freed you from moments of boredom and stress thousands of times. But in doing so, it has also become your biggest roadblock to deep concentration. Turning your phone upside down will help somewhat, but it's still going to have its impact on your focus.

Research by Przybylski and Weinstein (2013) shows that just the visible presence of a cell phone in the room will cause a conversation to lose depth. People will feel less empathy and less understanding from you.

#2 Turn off all notifications of your computer & phone

In your settings, turn off all notifications: all badges and notifications. Configure your e-mail program in the setting that you only receive mail when you click on 'get new mail'. In this way you take control of your focus yourself, instead of the digital world around you.

#3 Communicate with your environment

Agree with colleagues or your roommates at what times you don't want to be disturbed, unless a fire breaks out. Remind them of the agreements with a sign on the door or earplugs in your ears.

Agree on joint moments of relaxation to invest in your relationship. Otherwise, you may lose the people around you with your new focus habits. It is easier to focus, but maybe that is not quite what you want.

3 Przybylski, A. & Weinstein, N. (2013). Can you connect with me now? How the presence of mobile communication influence face-to-face conversation quality. Journal of Social and Personal Relationship 30, (3), 237-246. 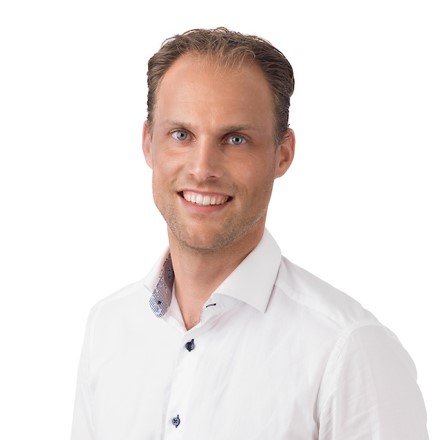 Pepijn Lochtenberg is a sports and performance psychologist and one of the owners of Focus like a Pro. He works with professionals in business and sports on a daily basis to improve focus.